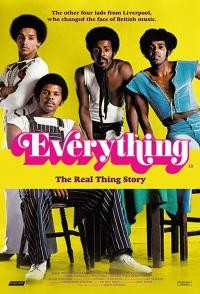 Everything -The Real Thing Story (15)

Dubbed 'the black Beatles' by the British tabloids, the 'other' four lads from Liverpool recount their incredible story from the tough streets of Toxteth to the bright lights of New York - a journey of international stardom as Britain's pioneering million-selling soul and funk band.